The history of HaslerRail A.G began in Switzerland in 1887. Due to the rapid development of rail transport at the beginning of the 19th century, there was a need to measure the speed of trains. In 1887, Gustav Adolf Hasler produced the first speedometer. In 1891, Hasler patented its innovative solution under the name TEL®.

The TEL® device indicated the speed of the vehicle and recorded the distance and time traveled. In 1920, Hasler began producing its devices under the name TELOC®, the name TELOC was created by combining the two words TEL and Loc for Locomotive. Another HaslerRail product is the RT / A tachograph. The RT / A tachograph is widely used all over the world and more than 40,000 units are used to date. In Poland, the RT tachograph has been used in 99% of locomotives and most of them are still in operation today, and RailTechPapla Sp. z o.o. as the sole representative of Hasler Rail AG in Poland, it supplies them with all original parts. There are also many cheap fakes on the market that do not meet the requirements of the Teloc RT / A speedometers design documentation.

An interesting fact is that the Polish standard for tapes for the RT speedometer does not comply with the requirements of the original HaslerRail documentation. HaslerRail has repeatedly stated that it is the sole owner of the rights to the documentation and has not outsourced the production to any external company, and the distribution of spare parts is carried out only through a network of agencies, the coverage of which can be checked at www.haslerrail.ch. It should be recalled that HaslerRail does not guarantee the accuracy of the distance and speed measurements, the correctness of readings, or the durability of the data stored in the speedometer, if non-genuine parts or consumables have been used to repair the device. Such data is of questionable legal value for investigations related to the assessment of the causes of railway disasters.

Do you have any more questions?

If you have not found the answer to your question, please contact us.

In the 1980s, HaslerRail began working on the construction of an electronic system for recording data from the work of the locomotive, and electronic speed indication. The first electronic tachographs were a simple system that was able to store data from the last 24 hours of locomotive operation. At present, devices of the TELOC ® type are able to save data from over 3 months of the locomotive’s service life. Manufactured since 1999, TELOC 1500/2500 recorders are technically very advanced systems that provide the user with enormous possibilities of recording and analyzing data, and maintaining safety in railway traffic. In vehicles equipped with a Teloc 1500/2500 recorder, we record from 16 to 128 signals from various on-board devices. Teloc recorders cooperate with other locomotive systems through CANopen, ProfiBus, RS, MVB communication and play the role of both a memory and a supervisor of some safety functions.

The Teloc 1500/2500 electronic tachograph is a modern solution based on a computer data record with the possibility of extensive analysis of the collected information using a PC. Data analysis software allows you to view all recorded parameters with an accuracy of hundredths of a second. This method of acquisition and recording of driving data meets all the latest safety requirements and standards developed by CENELEC and UIC, which are the basis for the design, production and implementation of recording devices in rail vehicles operated in the European Union. The Teloc Recorder ** has an indefinite type certificate issued by the Office of Rail Transport. Apart from the possibility to work in almost all European and world countries, Teloc ** also has a legal registrar certificate (JRU), which is necessary when used as a JRU registrar in all ERTMS / ETCS systems offered. HaslerRail, being a world leader in the production of event recorders, has the appropriate approvals and certificates in most European countries.

Nowadays, TELOC recorders are used not only to record data but also to fulfill safety functions such as: active dead man, anti-rollback system, train tracking system or balise monitoring. In the latest projects, the Teloc recorder is used for balise monitoring, recording and transfer of balise status data to the infrastructure manager. Balisa, as a passive device, is not connected to any manager’s system, so its error is not detectable. The JRU legal recorder only logs the error. Teloc can inform the administrator’s services about such an error in real time and thus enable a quick repair. 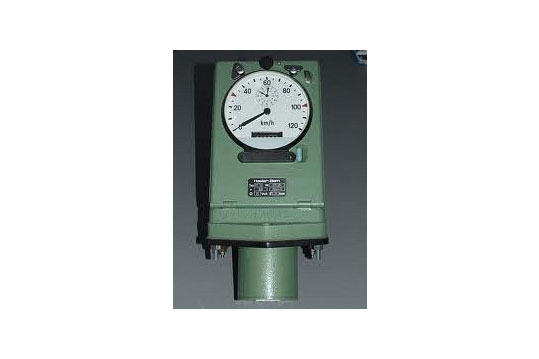 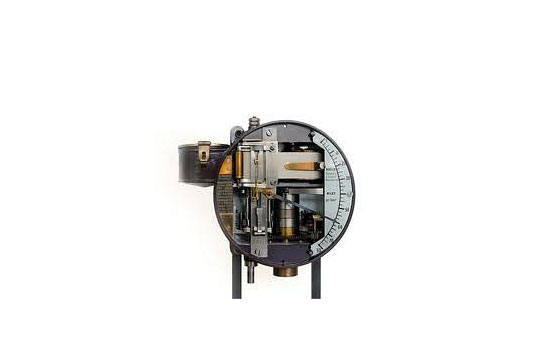 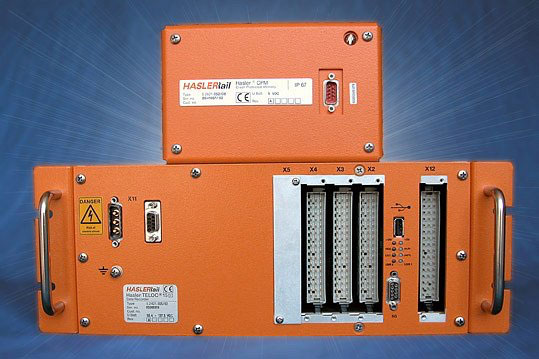 HaslerRail supplies its systems to all major rolling stock manufacturers, such as: Bombardier, Siemens, Alstom, Vosloch, and together with the authorized, exclusive representative in Poland, RailTechPapla, implements its systems to Poland. RailTechPapla equips both newly manufactured and modernized rail vehicles with Teloc recorders. In cooperation with Polish specialized companies, we have completed, among others, the following projects.

Technical data of the offered devices can be obtained after sending us an inquiry or on the manufacturer’s website. www.haslerrail.com